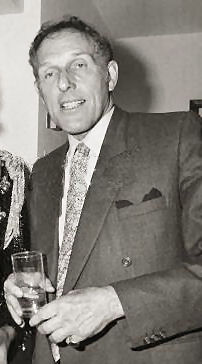 We left Maurice poised, with MD Ken Glancy, to launch CBS Records as an independent company in the UK

I was the first American in. I arrived at the official opening of the company, April 21-22, 1965. I went straight from the airport to the party at The Dorchester. Tony Bennett was playing, Bob Dylan was there, and people from the industry who only knew me as the man who had been in the low price budget business. Suddenly I’m in the same room as people whom I really admired, the stars. Schein had me come over for three months to help straighten it out. It was OK. I didn’t realise the power I brought with me. I’ve never really had that problem of having been out of a job with no power at all, because I never thought I had power. But to every English employee I was the American, so they were respectful, careful and concerned to make me happy. It (the power) never really occurred to me at the time. I’ve always been working class, even when I was as rich as anyone can be. I had no problem with them and struck up good relations because I was being like them and they may have thought ‘Isn’t it wonderful, the boss talking to us in this wonderful way – he sits down and talks, comes into my office.’ I was doing what I do as an ordinary employee. So I found the English easy.

But your experience at that stage was with the factory workforce at Aylesbury, rather than Sir Joseph and Sir Edward?

After three months I said ‘what’s going to happen now?’ Oriole had become CBS. They gave up the Motown licence and there were some other licences, like The Spotnicks from Sweden. but very few artists signed to the label – strict tempo dancing and a recording studio. They eventually sent me back here as Director of Operations and then in October (1965) Ken Glancy, the first head of CBS UK – he had style – secretly left to go to RCA. So to begin with my experience was in manufacture and distribution, all very arcane.

Did your factory experience include the musicassette?

No, that came later, 1969-70. Musicassettes I had no problem with. I didn’t understand the value of cassettes to Philips and how they needed software to move their concept of selling the hardware and making their fortune on that, plus whatever they made on the royalty commission. I had no background that would help me understand. I suddenly found myself dealing with  everything just because I was the only business person in the company – I started everything that was commonplace in America..making records, signing artists, special product, mail order, all that stuff, and it was so easy! They had been used to dealing subserviently with Decca and EMI people . It was absurd, things like trying to get a window in the HMV Shop, (which you could do as a licensee) – try and get that as a stand alone company and you realised it was all part of EMI’s marketing programme. 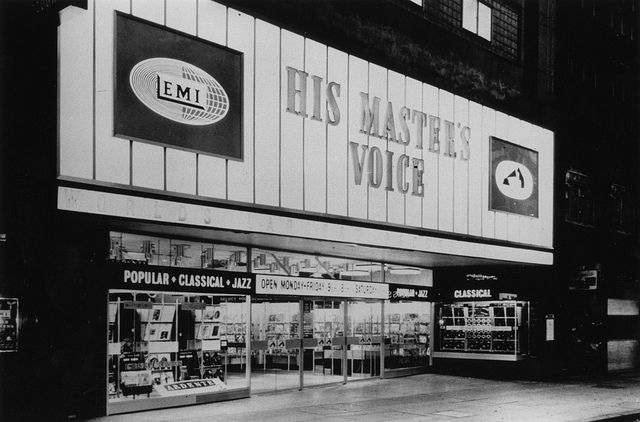 In fact HMV shops had only been selling EMI records until shortly before you arrived.

My first two experiences with the British – I arrived in April; it’s now early May. I’d go to the factory and say  ‘overtime?’ but on that Saturday at noon they’d all down their tools because it was the day of The Cup Final. Overtime? double time? – phooey, it’s the Cup Final. So I began to see there were some differences in working practices between Britain and America! Oriole had never experienced this, but now with CBS we found we could’t make the Bob Dylan albums! There were five Dylan albums in the Top 10, which was wonderful. It just happened he was touring, working. He produced enormous sales and therefore made CBS a lot of money, but we couldn’t handle all this volume. I went to see Wally Rand at EMI and it was like the peasant going up to see the mill owner. His desk was about 50 feet away and I was allowed to sit with Leslie Goulsden (?)  and we sat far removed from his desk to discuss with him whether he would make some records for us. And eventually he did. Wally was extremely helpful to me – a decent good man; a credit to EMI and himself. He helped us when we had trouble with parts, he helped when we had plating problems (for clarification(!) these are the negative metal plates which go on the press and make the record). He was a real mensch; he did a lot of good for us. He was also very very decent to me on an engineering professional  level.

But all that didn’t make CBS successful compared to EMI – that was all to do with the artists we had. At the beginning I got on EMI’s mailing list. After about four or five months I stopped. When I looked at the Tamla Motown list, the list of your artists at EMI, I knew we weren’t competitive. At the time I was in charge of the sales force and marketing departments – it was a joke; we weren’t in the same class. The bulk of the American stuff was coming out through (licences to) EMI, and it was also the peak of EMI’s domestic’s success – wonderful music; it was good to listen to. There were some odd British things like Benny Hill – something I didn’t really know much about. We’d get wiped out every Christmas by one of those MOR variety artists – we were nowhere, charts gone, Top Ten gone! We survived because there was enough volume to ensure we had something, but visibility – we weren’t even about the waterline!

I suppose we came at the right time for what the English kid wanted – new popular American things; a bit like Levi’s when they first sold their jeans in Britain – we brought something that was foreign and exotic. They could get all this English stuff but we were welcomed by programmers and journalists because we had the American artists, and because of the old licensing mentality nobody here bothered talking about tours; nobody brought these people in and that was part of our promotion. We did the Sounds of the Seventies thing at the Albert Hall (April 18, 1970) , brought in six or seven American artists, Santana, Edgar and Johnny Winter etc..it gave media attention to our stuff.

So we were OK in terms of being anything, being  a 2-3% company and never going to attack EMI’s 25-40%. Decca was in shambles until Sir Edward (Lewis) woke up and attended to business by hiring somebody like Jonathan King. Decca still made good records and they had a powerhouse MOR catalogue – Mantovani, classical business and the UK market was attuned to that. Whether it was distribution, radio or whatever else, the MOR market was huge, but we survived because we came in with Ray Conniff and those others that would fit in.

Was there a brief from America to look for UK talent?

Absolutely not! I was just an engineer, though it was in the company’s brief. It was only difficult for people like Rob Dickins who resented the intrusion of American things against your UK things. The business philosophy of CBS was easy for us to fit in when developing a domestic roster. We had so many free tickets to the lottery that we won so often with stuff we didn’t have to invest a penny in. With all the wonderful American licensed stuff that was coming our way from Monterey onwards, we just had a ton of stuff, from Earth Wind & Fire to Springsteen eventually. We became a purveyor of American licensed product, with great alacrity and great marketing nous, which really none of the licensees had ever needed to get to grips with. The other American companies like Warners, sometimes the head of their company was only interested in his own domestic repertoire, to the exclusion of making mooney from his licensed product. Or he’d run into artist relations problems with his American owners. We somehow came to the situation because CBS had its own unique organisation structure that made the international scene work for artist development. It separated domestic US from International and each had equal importance, so it had a President of Domestic and a President of International. 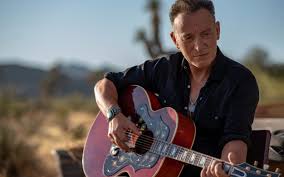 Had it been accepted at that time that you had to be called CBS overseas because Columbia was an EMI trademark?

We always tried to buy it but it wasn’t for sale. It was extremely helpful for us in Britain that that was true. The English are strange people but the record company, CBS, prospered at developing its UK repertoire because we were making huge sums of money on our American licence, for which you pay no advance, do nothing, at a decent royalty rate. We could make our budget if we marketed the stuff good. I we could suddenly break a Mr Tambourine Man by The Byrds, this stuff was wonderful because the gross was the net.! We were manufacturing at manufacturing prices and selling at retail prices, so the margins were enormous  and the Americans never knew Europe or The World existed so they weren’t screaming down the phone at you. They weren’t even aware of it. If some managers wanted to know what was happening in International they’d go upstairs to the 13th floor in the New York building and then if there was any difficulty you’d hear from Bunny Freidas the head of marketing! She’d organise the Americans and they’d feel happy talking to her and so there wasn’t any “why don’t you put my record out? Why don’t you market it? There was zero that so therefore we’d market it like any other licensee with a manufacturing margin and put out whatever was saleable. I learned, being a clever chap, which records to release!

Decca and EMI at that time used their American licensed labels as much as a source of songs as anything.

Yes, they were covering the songs. We were doing very well; we were making lots of money. CBS International budgets that they presented to the corporation were being met. Therefore it allowed us the risk money to dabble in and market UK acts. Perhaps with more cash available and more effort, not that our A&R was necessarily any good (!), it gave us every opportunity to start building a UK roster, because we had the readies and it didn’t hurt. So, having as successful US company gave us tremendous leverage to try and develop  a UK presence.

Wow – he was in full flow there, wasn’t he?!  I’m on page 7 of the transcript and there are 11 more to come. Remember, although he’s been a back and forth a bit on the time line, throughout this section Maurice was still in charge just of manufacture and distribution. More to come. Oh, and if anyone has a photo of Wally Rand, whom I remember well, or Leslie Goulsden, of whom I know nothing, do get in touch

4 Responses to A Personal History of the British Record Industry 82 – Maurice Oberstein Pt.2