This treasured photo is no stranger to dedicated readers. Taken at a lunch upstairs at Rules restaurant in Covent Garden to mark some birthday or anniversary of Bert Weedon, here we have the enigma that was Norman Newell, plus (l-r) Maurice Kinn (owner of the NME), Alan ‘Fluff’ Freeman and Jimmy Henney.

Back in the day when A&R men (and they were all men) were the Kings of record labels, EMI had the biggest court…Wally Ridley (lengthy interview to come one day) – HMV, Norrie Paramor – Columbia, George Martin – Parlophone, and Norman. Norman had no label association and was allowed by Sir Joseph Lockwood for reasons I couldn’t possibly surmise, to pick and choose which label released his recordings. Let’s see if he tells us! 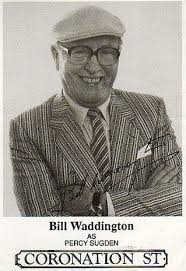 I’d always wanted to be an actor and I think that helped me later on when I was creating ‘original cast’ albums. Bill and I were in the same regiment together in the army, and because he was in show. business I thought ‘Oh my goodness, I must talk to him about stars and all the people he must have met.’ He was a very small-time comedian then: he’s a big star now. He said ‘Well, if you’re that interested in show business, why don’t you get into it?’ I told him that when I came out of there army I’d be about 26 and it’d be a bit late to start training and he said ‘Well, I’ll get you a job. Can you write lyrics?” I said ‘no, but I used to write poems so suppose I can write lyrics.’ So he said ‘well, write a lyric to this’ and he played me a tune on a banjo he had, and I did. I expected him to get me a job as Laurence Olivier’s understudy but it turned out to be selling music in a shop in Charing Cross Road called Sinaphonic. This was about 1947. I met people that I longed to know, like Anna Neagle and Herbert Wilcox came into choose songs. I got my first taste of show business.

After a while I got fed up with this. I thought ‘why am I selling everybody’s else’s songs? – I think I can write them.’ So I wrote one and took it to my boss Sid Coleman who worked for Ardmore and Beechwood, part of EMI who owned the shop. He said ‘Oh, I’ll give you £10 advance for that.’ Well, £10 advance in those days was a lot of money. And it was one of the most awful songs you’ve ever heard in your life. But the second one I wrote became a success, so that £10 had given me a great deal of encouragement.

Then I started song-plugging. It was a different world then. You had to go round to stage doors to see the artists. Some would never see you – couldn’t be bothered – but Dorothy Squires was so kind. She invited me into her dressing room, heard the song (I sang it to her) and said not only would she sing it in her act next week, but she’d also record it. And she did. Then I wrote one called My Lovely World and You which was a small hit.

There was a variety act around then called Forsythe Seamon and Farrell. There was very successful and Charles Forsythe was a big name. He heard my song and offered me a job starting my own publishing company called Unit Music. He took premises in Soho Square for me. We published my songs and  were also on the lookout for other people’s  Someone sent in a song called The Silver Wedding Waltz and I said to the boss ‘that’ll be appropriate next month – it’s the silver wedding of the King & Queen (1950)

I wasn’t earning enough money from the songs I’d written and was wondering what other job I could do. A BBC producer said they wanted a recording producer at EMI. I thought that was a good idea because I could write at the same time. I went for an interview which was very amusing because the person who interviewed me, Leonard Smith, who was in charge of the classical department of Columbia Records, put two white labels on the auto changing record player and asked which one I thought was the best recording. I looked at him and said ‘well, I can’t tell the difference between the two’, and he said “You’ll never make a good recording producer because the first one is obviously better. You’ll have to learn to choose.’ When he lifted the lid of the record player the top one hadn’t dropped down, so I’d listened to the same record twice! He couldn’t very well not give me the job.

The first record I made was with Pet Clark when she was a child. She was already signed to the company and I was assigned to do the recordings. At that time there was Josef Locke, Pet Clark, Steve Conway, Victor Silvester and I had a mammoth hit with Les Compagnons de la Chanson. They were appearing at the Talk of the Town (I think it was called the London Hippodrome then) and I heard them and thought they would make a great record. Once I went to see Gracie Fields and in the bill in very small letters were the King Brothers. I signed them and they were very successful.

When I went to EMI everyone was dressed in white coats (This would have been at Abbey Road studios) The canteen had a tea urn with a spoon on a piece of string. It didn’t matter who you were – if you were Yehudi Menuhin and wanted a cup of tea you had to use that spoon on the string. 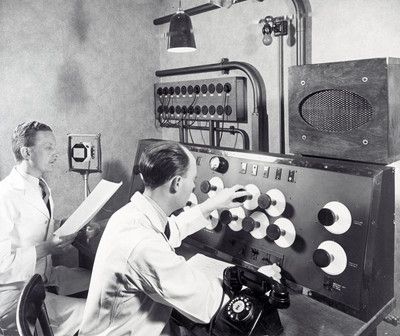 The facilities at the studio now are part of the attraction that draws people in. We used to record with wax discs. It was a bit nerve wracking. You didn’t have the advantage of  tape and doing it over and over again. You were allowed two or three ‘takes’ and that was all, so it meant a little more rehearsing. I had a song I thought suitable for Pet Clark  called Put your shoes on Lucy  and I think it had a certain amount of success.

Years later I wrote a song for her called Sailor which reached No.1. I wrote the lyrics.

You had a booker who booked the musicians and you also get someone to organise an orchestra – if Jack Jackson played it you knew it had a chance! You had to be careful that you didn’t do covers of songs that were on the American label. I handled the English and American Columbia Records, which meant we had boxes of 78’s from America and I had to go through them and see if there were any American hits that could be issued in this country…Guy Mitchell, Johnny Mathis. I recorded a duet with Jo Stafford and Teddy Johnson. We did Teddy Johnson here and Jo Stafford over there and then joined them together! 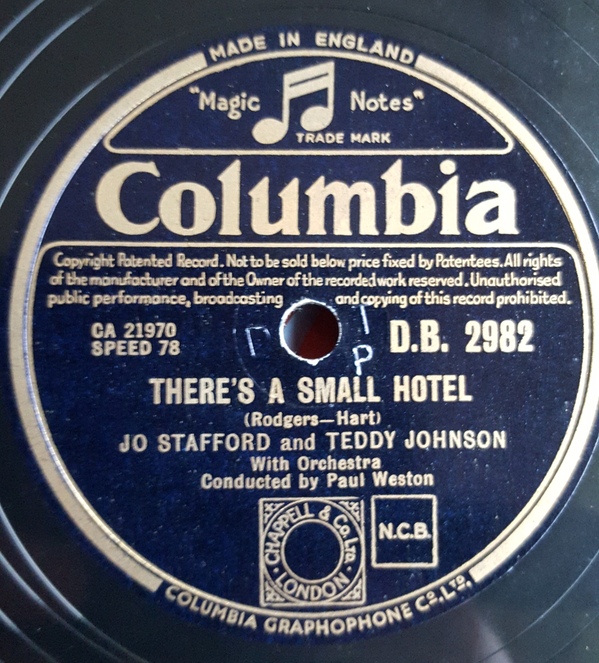 When I went to see the artists I would judge the audience rather than the singers. When I saw Ronnie Ronalde there was a tremendous excitement from the audience and I thought I must give this boy a recording test. We had testing days just listening to new people. Ronnie had a manager called Arturo Steffani and he came to the studio in a Rolls Royce, and I heard afterwards they’d hired it just for the day to make a good impression. I think he did In a Monastery Garden. He whistled it, didn’t sing it and he was a tremendous success. I only made one record with him – Leonard wouldn’t let me take him over.

Harry South at Decca offered me a job. I was getting £11 a week with EMI and Decca offered me £14. But Leonard Smith sent my mother a hamper and I thought that was a nice thing to do, so I stayed!

I then had a letter from Goddard Lieberson at CBS in America saying they wanted to start their own label (in the UK) and would I be interested in being their record producer. He invited me to America a to get to know the Columbia staff. In those days hits from here were rarely successful in America. I played the man who judged my songs out there He’s got the Whole World n his Hands by Laurie London. He said it would never go in America because the drums were too soft. I said I could easily record it again but he didn’t want to know. It was No.1 for weeks in America (on Capitol) I went over there with him on a promotional tour and everywhere we were walking along Broadway the record shops were playing it. He was a one-hit wonder because his father took over and decided to run his career, which was fatal, and of course his voice broke. 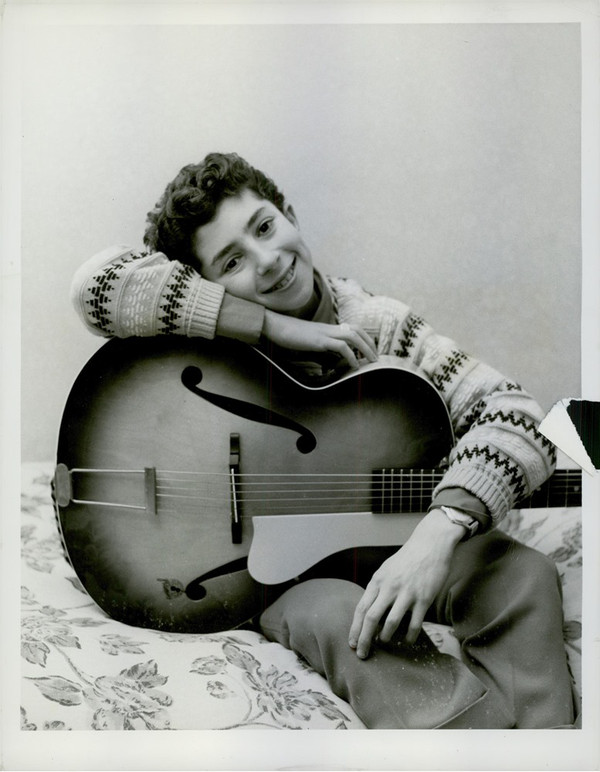 I also went to meet Mitch Miller and he took me to a recording session by Percy Faith of I talk to the trees. Mitch was going to Los Angeles the next day and they sent me with him. When we got to the Beverly Hills Hotel he said ‘can you meet me down here at six’o’clock’ so I said ‘yes’ and he said ‘we’re going out to see a friend.’ When we got to the house, the person who opened the door was Doris Day! We became great friends and she took me to the premiere of one of her films and walked out five minutes after it started, saying ‘Have you ever seen yourself that size on a screen?’ 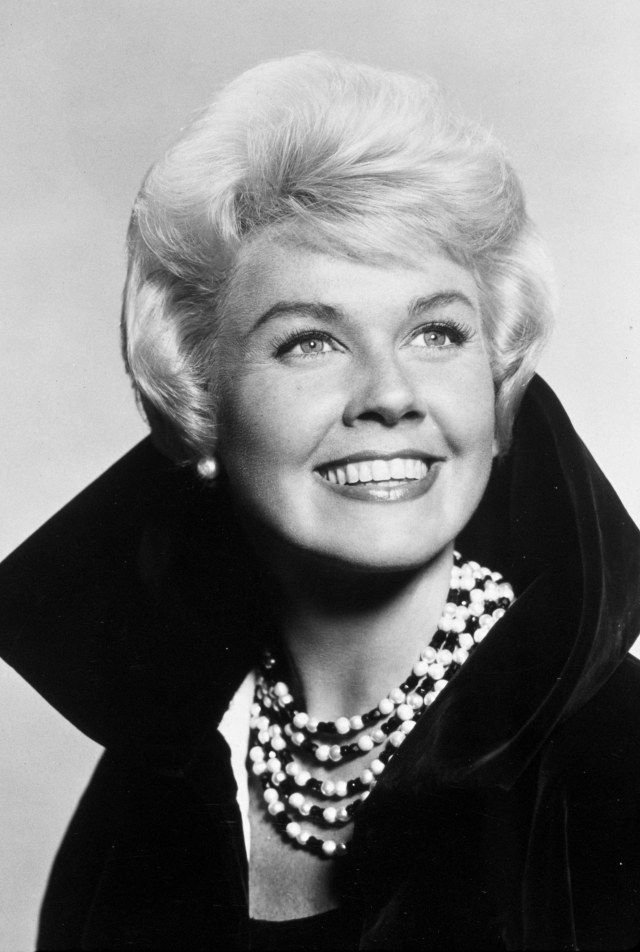 My first idol – on record and on screen and my introduction to soft focus! And a good point to pause before we move on to Norman’s next career move – from EMI to Philips

Text © David Hughes 2019. Pictures sourced from the web for illustration purposes only