With “Tina-the Musical” having opened to sensational reviews this week, strangely appropriate that this interview, of which I am ashamed to admit I have absolutely no memory, pops out of the annals of Disc, April 27, 1968.

And in the same issue (two by-lines in one week!!) one of several interviews I had with Peter Frampton, marked for many years by Disc’s idea of calling him “The Face of ’68”, poor chap, though of course he was good-looking then!! 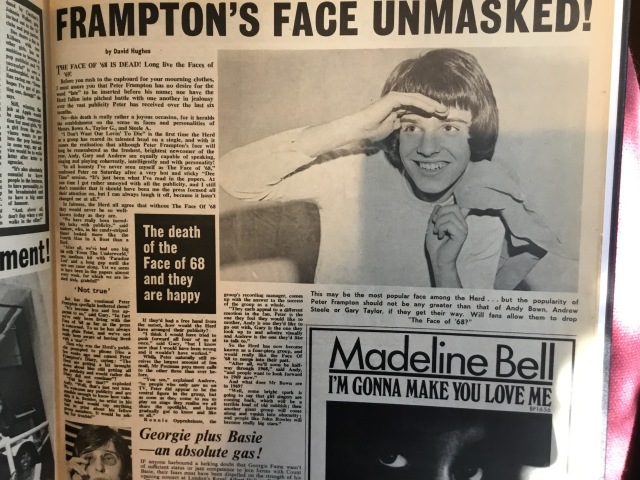