They (the Sixties) were great years. Start of pirate radio. Tony Windsor (pirate Radio London- Big L) was Tony Withers in Australia, king of the disc jockeys – he was the biggest listened-to DJ in Australia. He and I were friendly; poor old Tony had a drinking problem amongst other things and he had a Saturday night show called ‘Saturday Night Fish Fry.’ I’d go in on a Saturday night with our new records and he was too drunk to put them on the turntable. There were no producers, so I put them on the turntable for him.

He was a homosexual and he was about to be exposed, so he fled the country and the headlines were “Tony Withers dying from secret disease” He was going back to Greece, where his ancestors came from, to die. This was literally in the press in Australia. This had happened six months before I left. I stayed with some friends, a fellow in the RAF at Northolt who had been in Australia. I stayed with them for a while and then rented a house in Ruislip. This chap was going to Putney one Saturday and I had learned that Tony was living in Baron’s Court. I though I’d give him a surprise so I got Peter to give me a lift into Baron’s Court and I knocked on the door and there he is with his boyfriend, watching the races. He was a mad gambler, drunk and out of control bloke, but a great fellow. He got the shock of his life. Anyway, we re-established our friendship and then when he went to Radio London with Alan Keen, that helped a bit.

He’d work three weeks on and one week off the ship; he’d come ashore loaded with cash and he’d just blow it in the pub./ Dolly and I got hold of him, opened a bank account for him at Coutts in Curzon Street. I said ‘now, we’ll meet you off the ship, put your money in the bank and I’ll give you so much to live on.’ He lived with the dear old widow of an ex-army Indian officer out in Baron’s Court, Mrs Stebbings, and she had lollipop jars full of pound notes which Tony would steal, and then the b*gger would go to the bank and get counter cheques, so I gave up on him. I said ‘Tony, forget it.’ He taught Kenny Everett. I remember him saying ‘there’s a young bloke on the ship who’s going to be a big talent – Kenny Everett.’ He tried to teach him the ropes. But he was of benefit to us. We were not allowed to to deal with the pirates, but he was helpful, as was Alan Keen except when ‘Sgt. Pepper’ was released and Radio London started to play it which upset our relationship with the BBC and everyone else. It wasn’t supposed to be broadcast. So I rang Alan up and asked him where he got it from and he wouldn’t tell me. So I said ‘I’m just going to call the police and they’ll be round to see you for possession of stolen goods’. We were good friends, but I said ‘I’m sorry but I’ve got to do this to you, Alan.’ He said ‘you wouldn’t do that’. I said ‘of course I would. You’re playing our recording which doesn’t belong to you. It must have been stolen from Abbey Road.’ He told me that Stephen James had nicked it from Abbey Road and given it to him.

I told Ken at this point that I was a new recruit on ‘Disc and Music Echo’ at the time; we had heard Big L was going to play the album and my colleague Mike Ledgerwood reviewed it from that broadcast. They added a bleep somewhere on each track to deter copying.

Another funny story. I’d not long arrived (in England) and (Brian) Epstein came in. He looked dreadful; he had on an old mac and he looked like a tramp. I was innocent in those days; I didn’t know anything about drugs or anything at all and we’d not met before. He sat down and said ‘I think we’ve got a problem with the Sgt Pepper artwork; it’s been rather expensive to produce. I though, well it can’t be that expensive bearing in mind we paid about £25 a sleeve in those days. He said ‘well, it cost £1500.’ He showed it to me and I said ‘how the heck did that cost £1500?’

He said ‘well, they had to get the plants and…this man did it.’ I still couldn’t see £1500. I hadn’t heard the record, not that that mattered – I wouldn’t have been able to give a critical judgement. But that was the biggest first shock I ever got from The Beatles that the artwork cost £1500 and I’d got £25 in my head.

Peter Blake has complained about whatever he got ever since

They were funny times. Of all those fellows I liked John the most because Paul’s all right, but he’s a bit flowery. He used to call me a mothy old man. But if there was anything important to talk to us about, he’d have Len Wood and Sir Joseph in and he’d call all of us mothy old men. Now he’s become a mothy old man himself!

Was that your first exposure to the artistic community?

In Australia I knew artists. We recorded people there, but mostly Slim Dusty, Rolf Harris and others. Festival were more active in the local A&R business because they relied more on it; we relied more on the imported masters. Nevertheless we used to be constantly in touch with artists, because being General Manager of the record division embraced many things.

Did you know Peter Gormley (Cliff Richard’s manager, who had come to Britain earlier with Frank Ifield)

I met him once and that was almost on the eve of his departure for England with Frank Ifield. He came in to the warehouse, not very business like with his old hat, and I wished him lots of luck. He’s a wonderful man. We became very good friends over here because Dolly worked for him. She also worked for Arthur Muxlow who was the Capitol Label manager (see Colin Burn interview) She’d just gone to work for Peter when I met her. Funnily enough it was at a Gene Pitney reception in the studio and Max Smith introduced her and said ‘this is the young lady who’s just deserted us and gone to work for Peter Gormley.’ Knowing Peter, I thought ‘oh-oh, that’s interesting.’

No, it was an open-ended thing – as long as I managed to keep my job going, it was ongoing. It was a pretty good time. We did well with our licensees – perhaps too well. In later years I felt we became too dependent on licensees and it’s the only business in the world where the better you perform the more you’re punished. I didn’t wake up to that for a long time – I still don’t know whether I’m right. We had the Motown label and everybody was scared of Barney (Ales). He used to come in with Phil Jones, who was allegedly his heavy, and Phil was his salesman. Barney was there from the beginning; he set up the original deal. They said ‘oh, you won’t like Barney’ but we got on wonderfully well. All these fellows you see, I’d met – I hadn’t met Barney but I’d met Al Bennett from Liberty, the MGM man from Australia because we were also its licensee in Australia via the London label and then EMI acquired the licenses. After EMI set up Transglobal there was Roland Rennie – that’s another episode, that could be a book in itself!

ABC Records – that awful man with the cigar; he went to Motown later on in life. Probe Records, was that ours? (yes!) Roy Featherstone started Harvest – Pink Floyd. Regal Zonophone – I formed a relationship with David Platz of Essex Music because he had Denny Cordell. 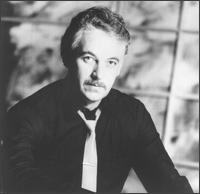 I thought ‘ we should get to know this bloke.’ Procol Harum were with Decca and I talked to David about getting Denny to produce some records for us and signing artists and he said ‘only if I can have my own label.’ In those days you didn’t give people that and I said ‘I’ll tell you what I’ll do (the Regal Zonophone label was moribund) I’ll give you a label but it’ll have to be ours and it’s called Regal Zonophone.’ He said ‘as long as I can get my own identity I’ll be happy.’ So we resurrected Regal Zonophone.

It had The Move, T. Rex, Procol Harum, Joe Cocker – that was a great time. The things that happened were just part of the every day ongoing business – that awful business of The Move and their cartoon of old Harold Wilson and Marcia Williams

Joe Lockwood came one morning about 9’o clock.’Mr East, what’s all this?’ He and Lord Goodman were friends. Lord Goodman was Wilson’s lawyer and I had not seen this thing. Ron White’s sh*tt*ing himself – we all were. Ron White was eventually Deputy Managing Director – always the bridesmaid, never the bride – a good man. I was the Managing Director in Manchester Square; L.G. Wood was the Group Director of EMI Records on the top floor of Manchester Square and we maintained a good relationship. He kept himself to himself but he continued to involve himself in Beatles matters because he was part of the accidental signing of The Beatles. He’s a nice man – Ron was one of his protégés. I have a balance sheet with people because no one’s all good or all bad – Ron came out well ahead.

We will draw breath there! Next time, Ken fills us in on the rest of the top UK record business executives, his return (again) to Australia  and back again again to UK and Decca.

Text ©David Hughes, 2016. Photos ©whoever took them and used for illustration purposes only, courtesy Google search!